We recently had the East Kent Federation Annual Council Meeting. This meeting is always popular and this year was no exception. On 26 March, we descended upon the Winter Gardens in Margate, Kent, with about 800 members in attendance and we had a great time. 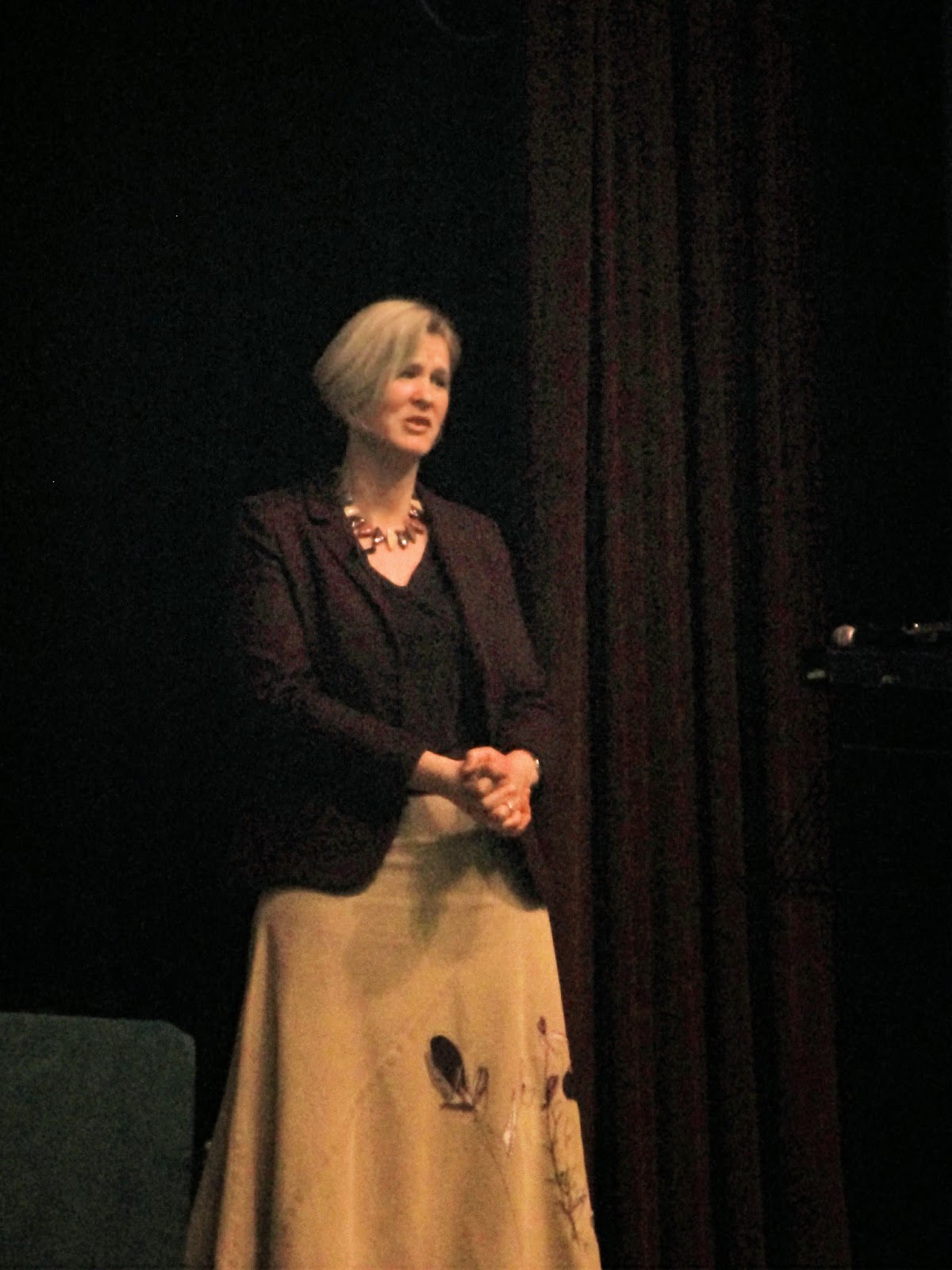 Our first speaker was Mandy Hickson, a motivational speaker. She told us of her adventures as one of the first female RAF fighter pilots. She discussed the importance of goals and the importance of never giving up, despite failures, by relating several of her own experiences of failures and how she had, through perseverance and the help of her team, triumphed in the end. Her talk was full of humour and emphasised the need for teamwork. TEAM, she said, stands for Together Everyone Achieves More.

The next speaker was BBC's Michael Portillo, who entertained us with anecdotes and his own personal story of his life and career in both politics and the BBC. 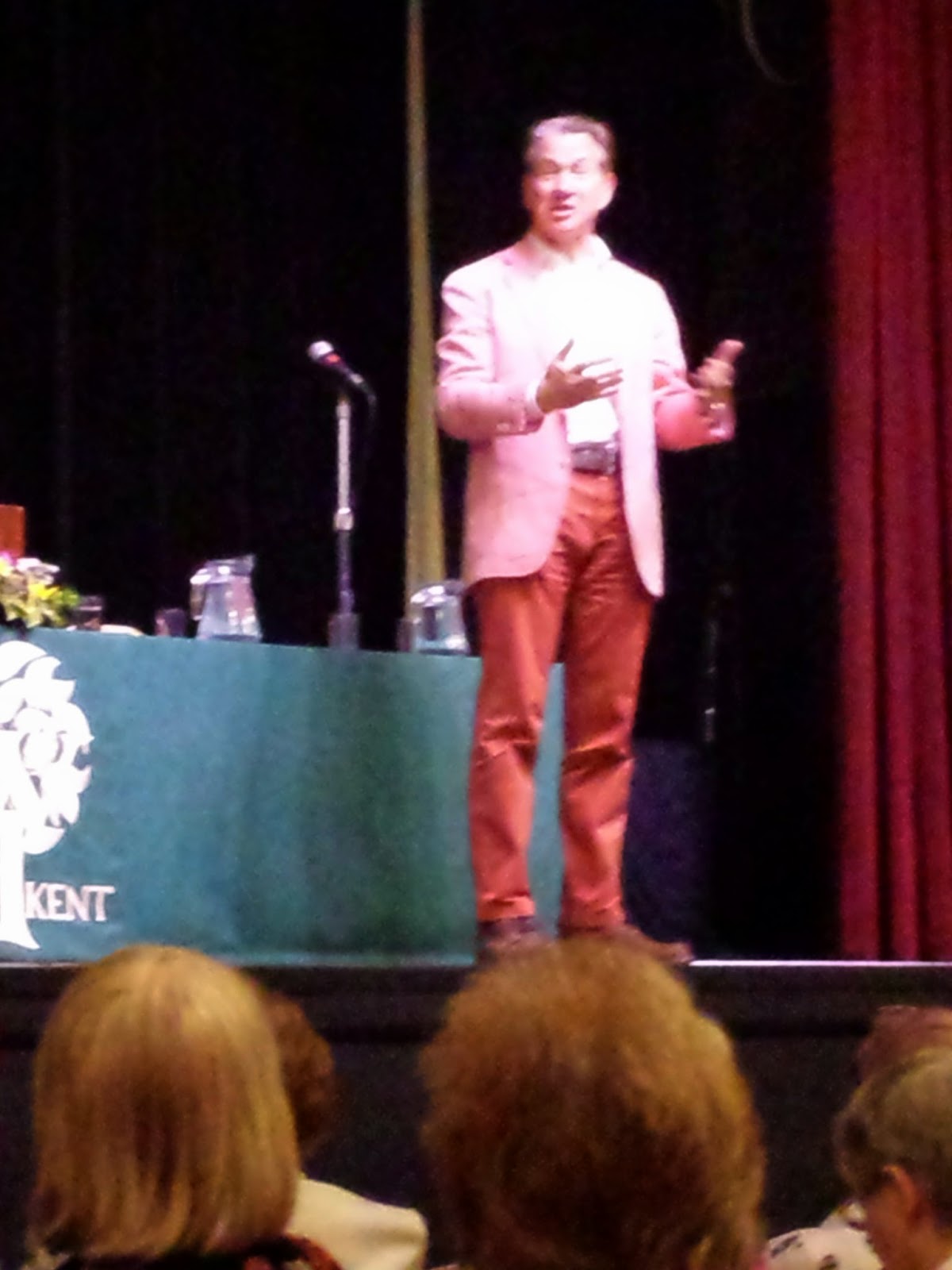 Michael appeared in his trademark colourful clothing and really made us laugh. He told us that the BBC is working on doing a new series of his much-loved train journeys, with possibly even an episode or two in America. I apologise for the bad photos but the lighting was not photo-friendly!

After Michael Portillo, we had a lunch break, in which we were able to do a little shopping. Each of the WIs were invited to bring a basket which was then sold in a fund-raising effort. My last post showed the basket we took. The baskets there contained everything from craft supplies to toiletries to kitchen utensils to even more! 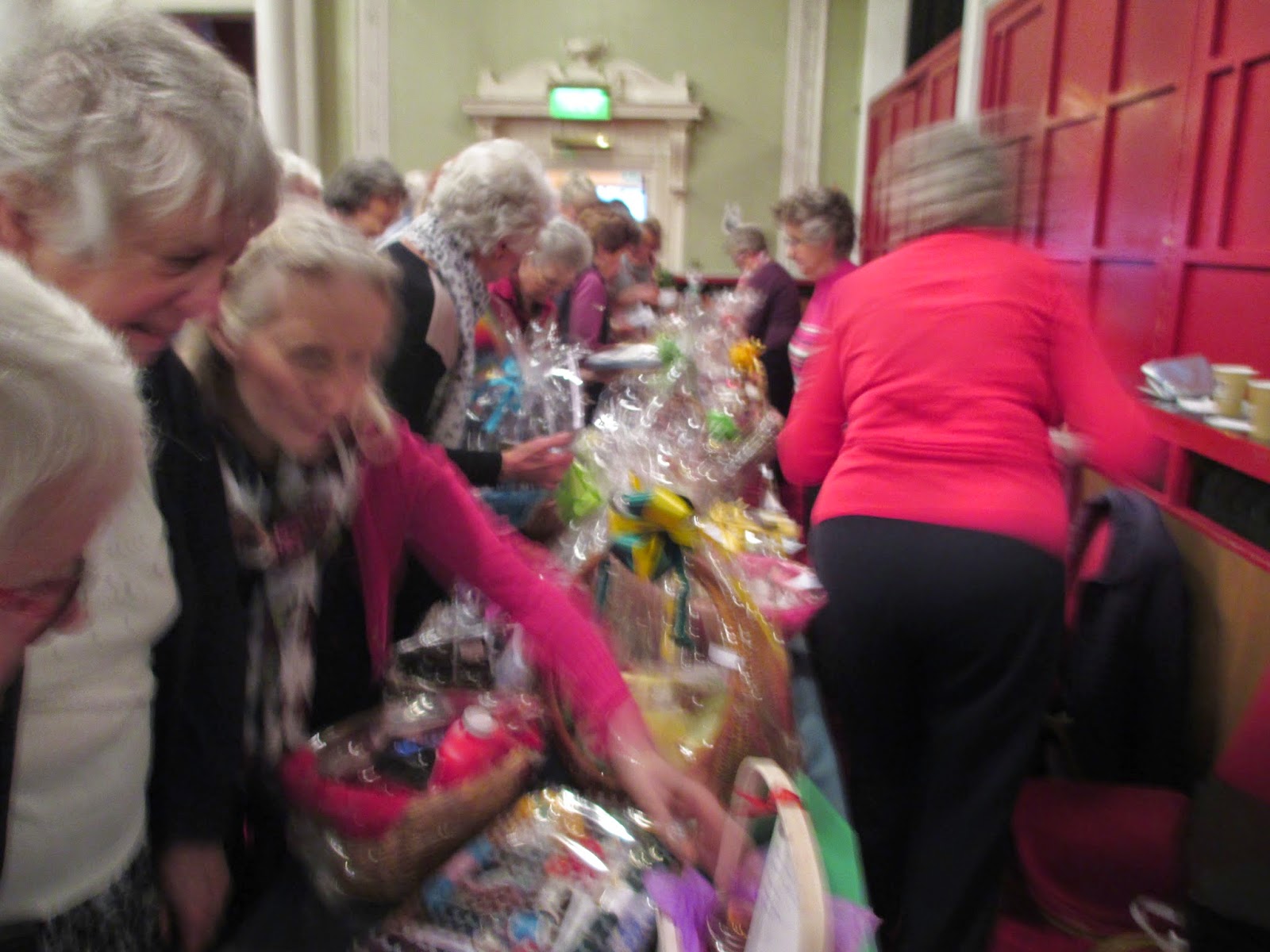 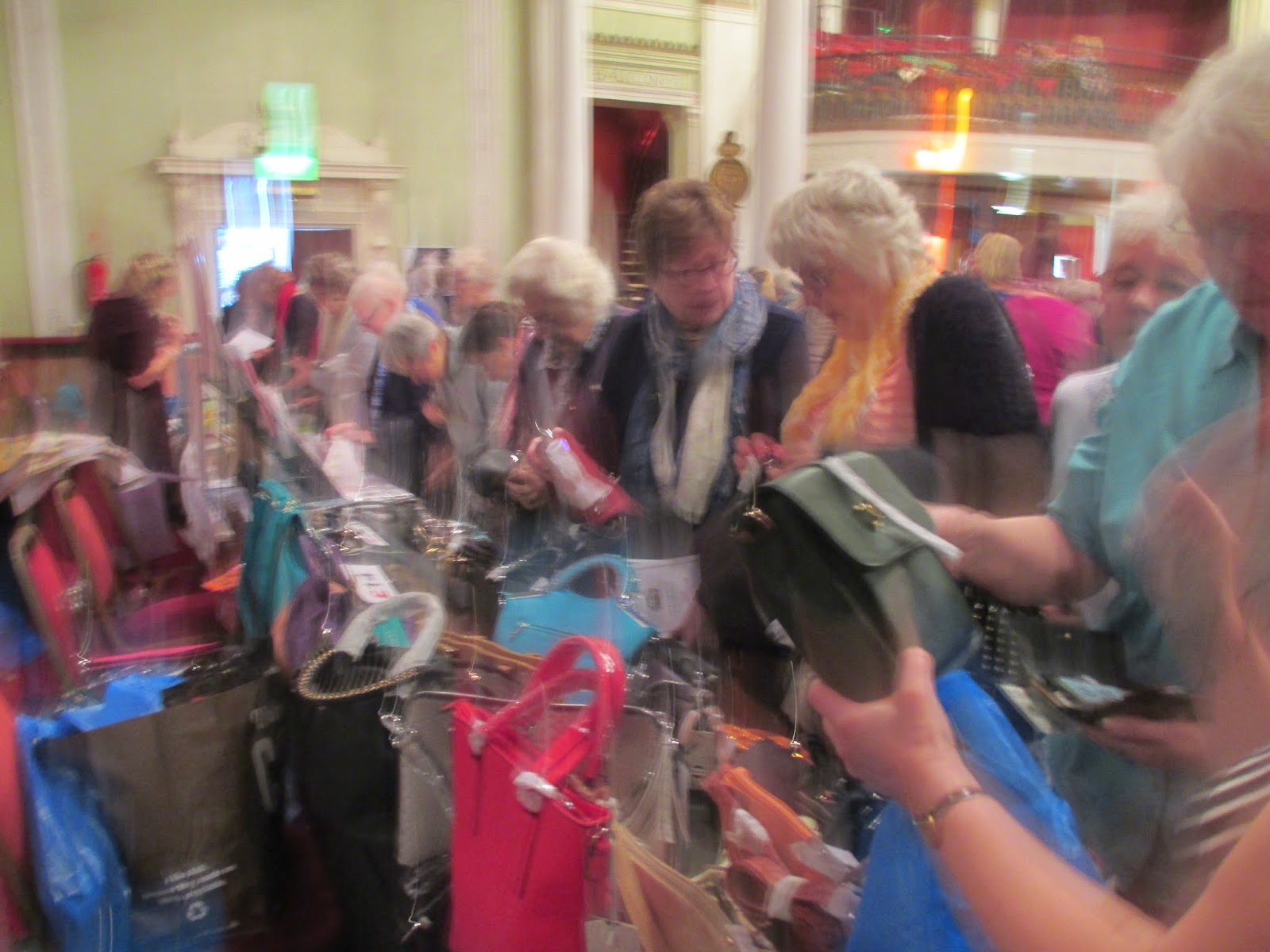 Another sales table had some lovely handbags and purses, while yet another (in a side room) sold fabric remnants and patterns. Of course, there were also tables with WI-specific items, too. As you can see, all the tables appeared to do very well!

After lunch we were treated to the magnificent baritone voice of Anthony Stuart-Lloyd. He provided a repertoire of many favourite songs, ranging from opera to broadway shows. He encouraged the audience to sing along with some of them, and a few members really got into it, waving scarves and hands and singing. 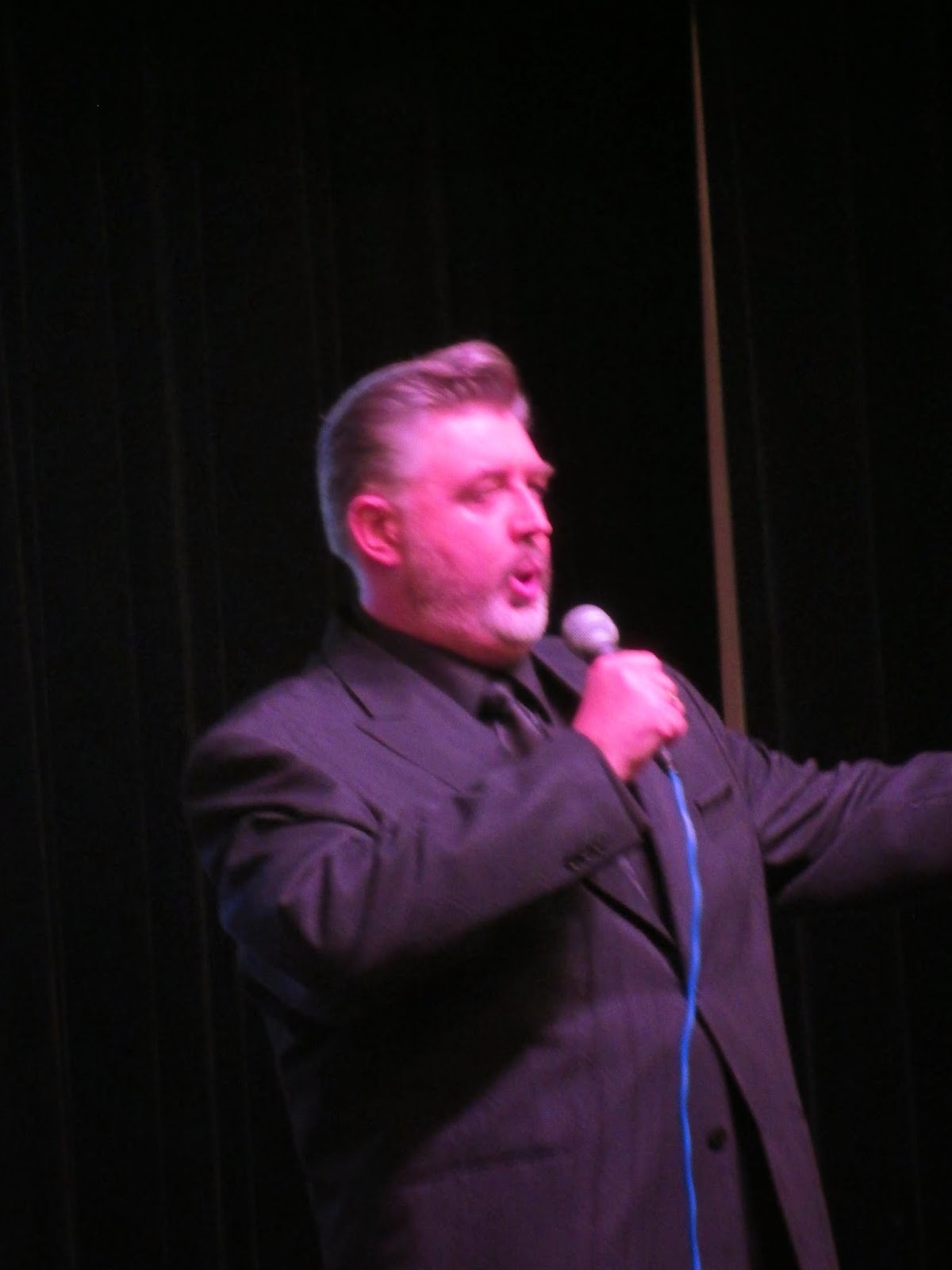 When he had finished, the audience was surprised by a “flash mob” – the phenomenon you may have seen on Facebook and YouTube. A Flash Mob is when quite unexpectedly someone stands up and starts singing, joined one by one of other audience members until there are about 50 singers. Of course, it’s not as spontaneous as it looks and the leader said they had worked on this one for 18 months! 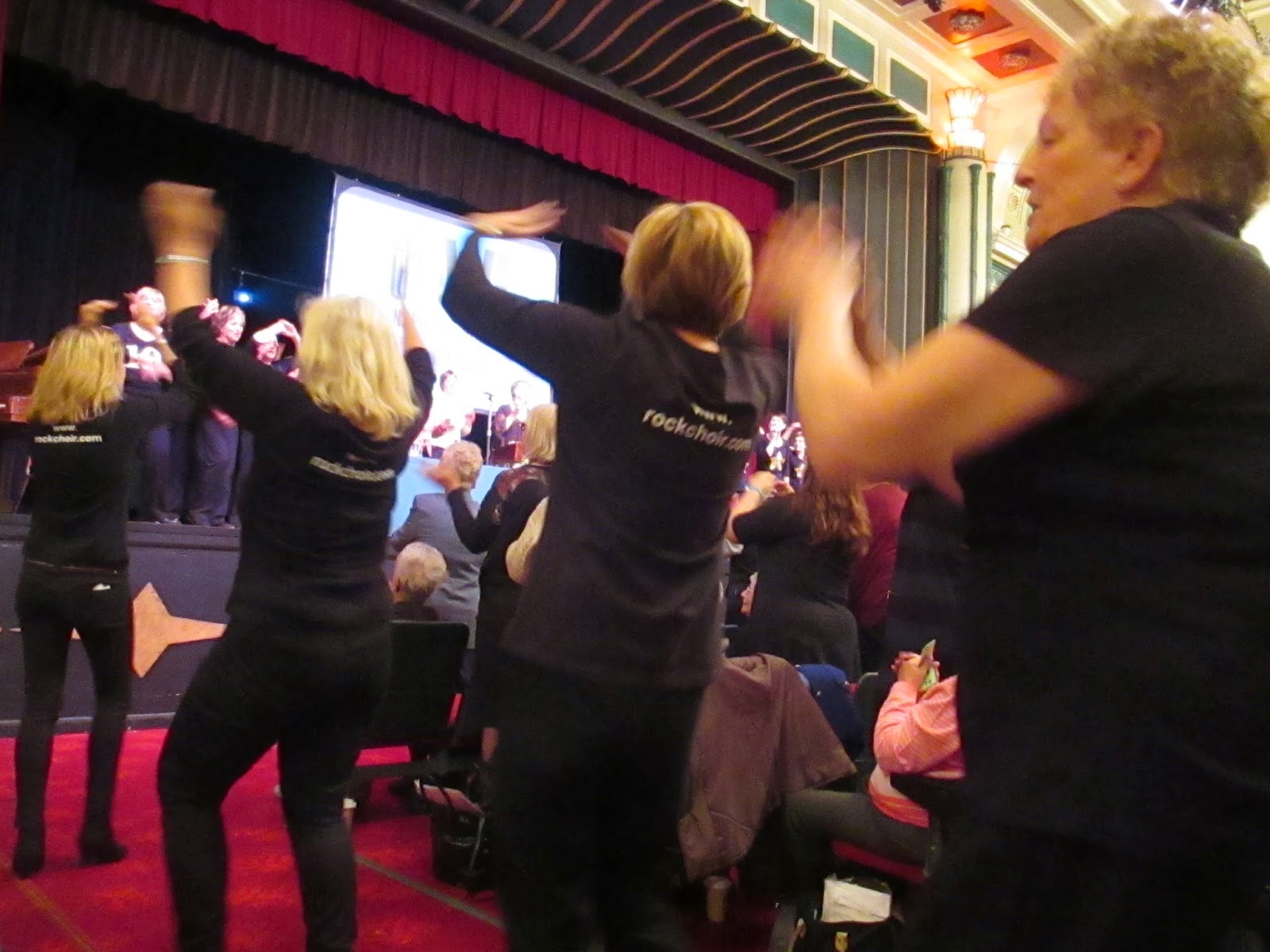 About 4pm we had listened, laughed, sung, shopped, caught up with friends, learned a few things, and just had a delightful day out! We headed back home on our respective coaches and various other forms of transportation to wait another year for the next ACM!

For more details about the ACM, please see the PDF file HERE.
Posted by JaneH at 14:31:00 No comments: