[I know this blog is not updated very regularly but frankly there is only ONE person to do it and that person is ME! I was hoping, when I set it up, to get a lot of photos and information from our members, but it hasn't happened. Our chapter has well over 100 members with an average attendance at monthly meetings of about 80. We have book clubs, a garden group, a camera group, a craft group, a drama group, a French group, and plenty of outings, special tea, harvest supper, quiz night, and more. Lots of things to blog about then..... so I'm hoping someone will read this and step up with some contributions. To contribute, you don't have to actually deal with the blog business, just email me the text and a couple of photos. Easy peasy!]

On 4 July the garden group visited the Old Palace in Bekesbourne (near Canterbury) for a tour of the beautiful gardens. The house itself was built in the 18th century by Robert Packham, although in 1552. the Archbishop of Canterbury, Thomas Cranmer, built a "Palace" here. It was demolished in the Civil War and all that remains is the old gatehouse, now a cottage that adjoins the large house. A more recent claim-to-fame is that Ian Fleming, the author of James Bond, stayed here for a time and wrote some of his James Bond work while here. 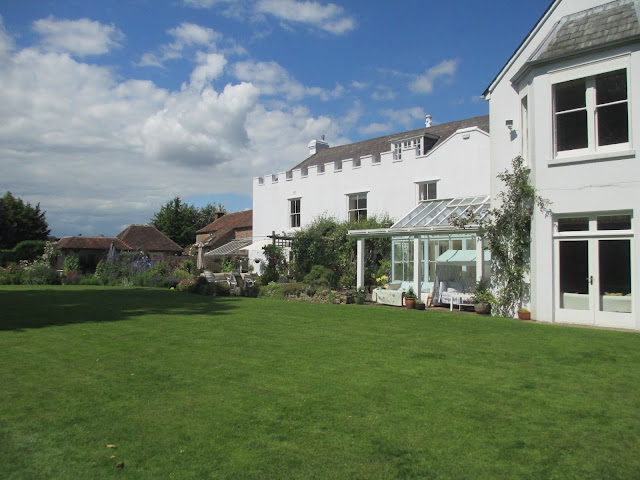 This is the back of the big house, now called "The Old Palace".  We were shown around the extensive gardens by the current owner who said she does most of the gardening herself! There were nearly a dozen of us, all well impressed with the variety and quality of the plants. 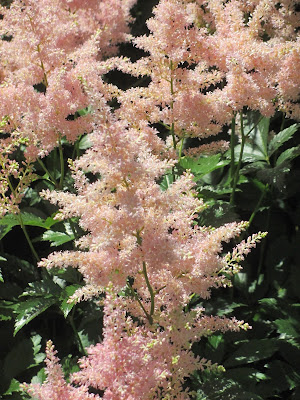 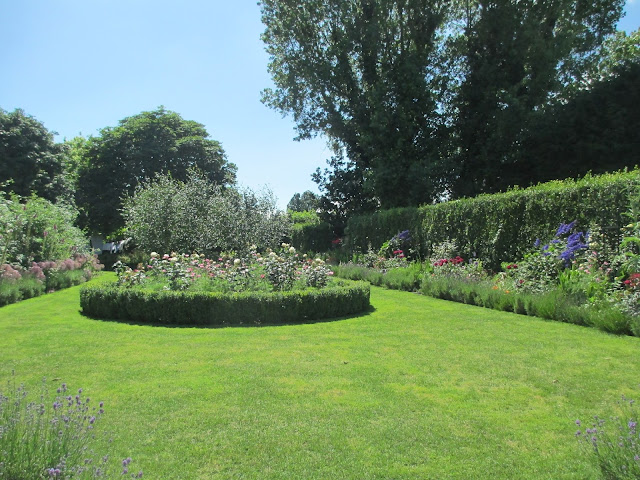 The garden was arranged in a sort of "rooms" set up. Each area had its own delights and each was very different from the others. 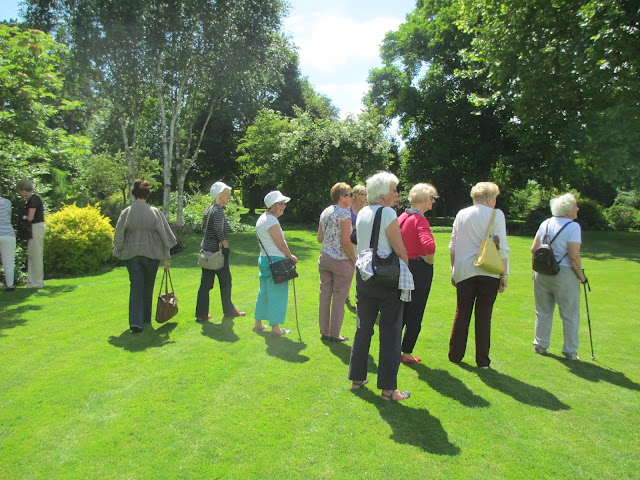 In addition to the plants themselves, there was a large pond, complete with fish. 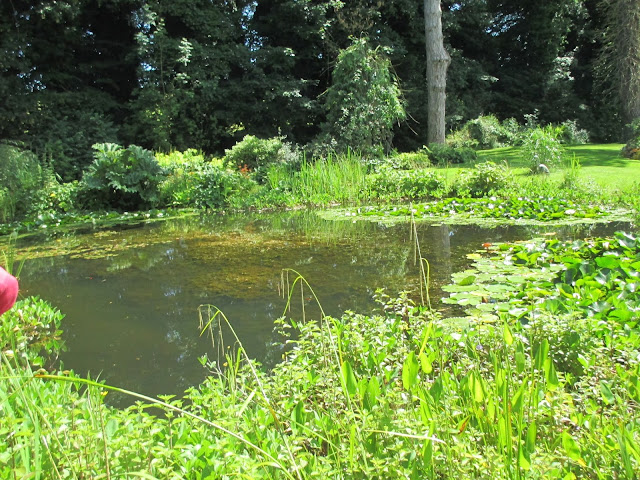 After the tour, we were served a lovely cream tea with homemade scones and strawberry jam. 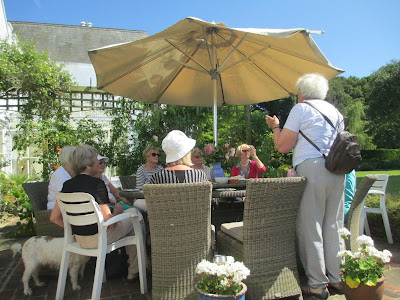 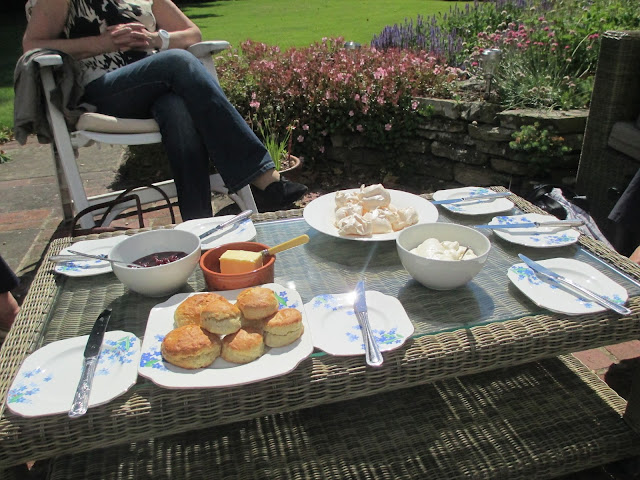 The whole afternoon was really delightful and I can report that everyone really enjoyed their visit to Bekesbourne.